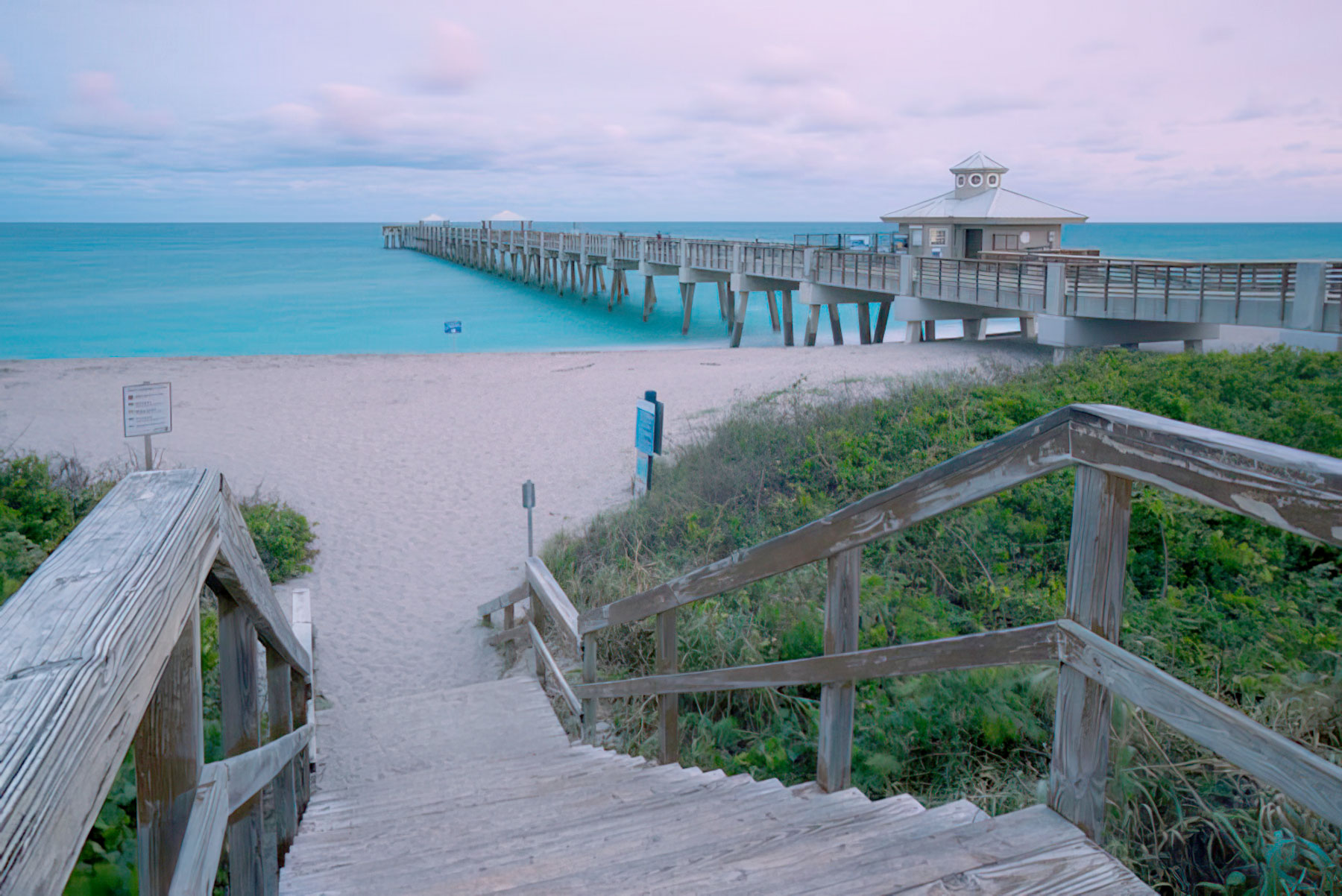 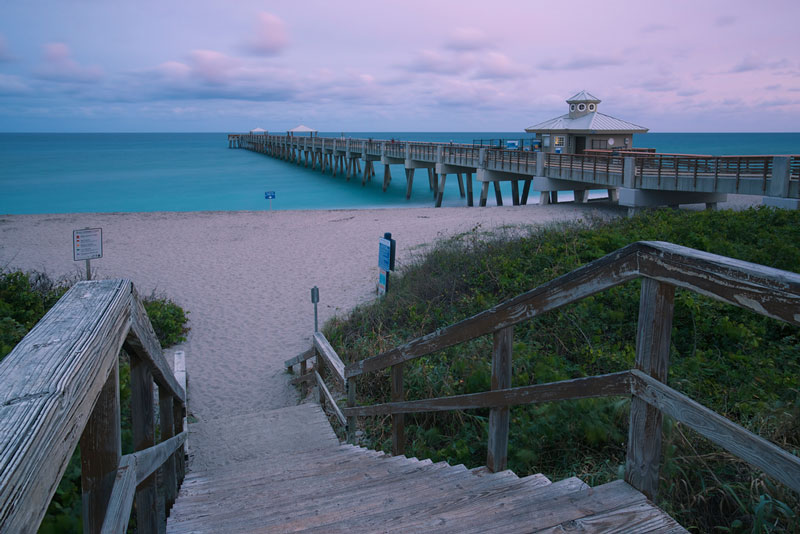 In the late 1800’s Juno was the predecessor of Juno Beach. It arose as a late 19th Century transportation terminal linking northern Florida by the Indian River and Jupiter to Lake Worth in southern Florida. When Henry Flagler took over this small railroad in 1893, Juno disappeared, and Juno Beach was created.

In 1929, E. F. Hutton began construction of the famous Seminole Golf Club and over the years corporations such as Bessemer Properties bought tracts of land adjoining the Golf Course and platted them as subdivisions.

In 1953 the Town of Juno Beach was incorporated by a small group of motel and tourist group owners. The town had approximately 130 year-round residents and 1,500 seasonal guests.

In the late 1950s and 1960s development was seen with the building of many condominiums and in 1980, when Florida Power and Light (now NextEra Energy) made Juno Beach their administrative headquarters, a surge of healthy and profitable residential and commercial development took off.

There are several residential neighborhoods all with their own unique architecture and charm. The Town emphasizes community involvement, cultural activities and natural beauty.

There are several parks such as Kagan Park (basketball court, exercise equipment Bocce court), Pelican Lake, Loggerhead Park (tennis courts, pavilions, bike path, nature trail picnic shelters) and the Marinelife Center is also found there. It features aquariums, shows, a lecture hall and library and live sea turtles and other sea creatures. Admission is free. The Lake Walk at Town Center is on a 1-acre lake with a nice one-mile walkway through a wide variety of vegetation and gazebos to sit and appreciate the views. Juno Dunes is a 569-acre Natural Area that one can travel from the Atlantic Ocean to the Intracoastal on trails. Floating docks allow boaters access to this site. And, finally there is Juno Beach Park with picnic shelters, lifeguarded beaches, and it’s the home of the Palm Beach County Pedestrian Pier which opened in 1999. Surfers love the breaks created by the pier. Turtles nest on the beach and are protected.

Experience a Shakespeare play at the Seabreeze Amphitheater, take part in the annual local Triathlon, or just sip cappuccino at one of the small, charming restaurants dotting this lovely town.